Our Review of Photonics West 2016

First the numbers: Over 22K people attended the show which included 1,354 exhibitors. It was busy. When I was in our North Hall booth, pictured above, I noticed a nice steady stream of people from open to close each day, even on the final day.

Now for the fun stuff:

OSA was generously celebrating their 100th anniversary by giving out mugs with beer in them. Free refills also, I might add… Their booth was only a couple aisles away from our Guild Optics booth, that was nice, but I still offered the booth next to them a few bucks to trade spots with us. They politely declined.

There was a robot running around. Laser Components brought their friend to the show. He was being wheeled back and forth between the two expo halls to sing and dance for the crowds. I’m not 100% sure if it was a real robot, or a person in a very elaborate suit. The movements were not very “robotic.” You be the judge.

For the most part, you had your booths with companies displaying their craft. That is what it’s really all about. However, Schott did a really nice thing and was selling shot glasses for $1 to help benefit Project Night Night, which is dedicated to helping homeless area children. I think they deserve a round of applause for that.

Last, but not least, there was even a race car driving simulator at the show. Brought in by Hamamatsu to demonstrate heads up driving displays, it was a big hit with the show goers.

All in all, I have to say PW16 was a fun show to be at as usual. If you have not been yet, I would suggest putting it on your calendar for next year. When you go, please stop by the Guild Optics booth to chat about how sapphire windows and lenses can help improve your optical assemblies. Sapphire’s durability and scratch resistance in extreme conditions brings an unparalleled level of consistency to the life of your optical product. 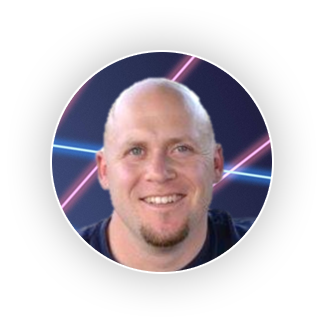 Jon Lavoie is a manager at Guild Optical Associates in Amherst, NH. He's been helping people with their sapphire window and lens requirements since 2006. When your optical requirements call for scratch resistant, durable sapphire, think of Guild Optics and contact Jon Lavoie.

Find out why Guild Optical is the go-to sapphire source

Some of the largest companies in the United States rely on us for their sapphire needs. Contact us with your requirements for a custom quote today.